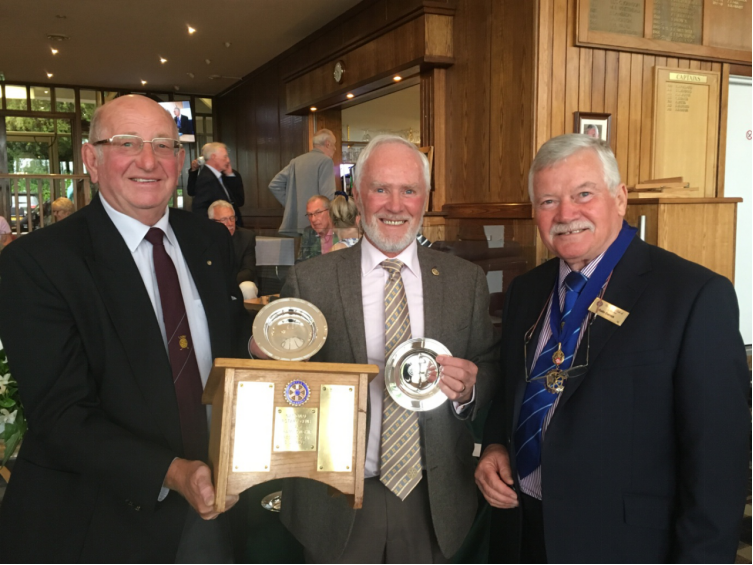 On a pleasant early autumn day RC Tamworth triumphed in the RIBI Rotary Club Golf Championship for a record sixth time. The Final of the 32nd running of the Championship was held at The Leicestershire Golf Club on Monday 3rd September 2018. A total of 59 teams from 14 Districts entered the knock out stage. Rotary Club teams from 12 Districts came to the Final when the best two scores from three players counted for the Team Championship. A day of Rotary fellowship was enjoyed together with guests also competing in the singles competition this year.

Note. The “End Polio Now” campaign is the beneficiary of the surplus (£2,670) arising on the event. Accordingly, the above cheques, together with the £470 balance are all payable to Rotary Foundation. The matched funding from the Bill and Melinda Gates Foundation will raise the total this year to over £8,000 and cumulatively over £78,000 for this worthy cause.

Next year –It is clear there is much reduced interest in the District Knock Out Rounds. Participation has declined by more than a half in the last six years. Accordingly, it is time for a change and it has been decided to have a one day event on 2nd September 2019. The format will continue to comprise a Rotary Club Team Championship and a singles event open to Rotarians and guests. Should you wish to register interest now send an email to ribigolfcomp@gmail.com